The waters surrounding Prince Rupert are famous for halibut—in fact, it was once known as the “Halibut Capital of the World.” Special trainloads of fresh halibut were shipped from here into eastern Canada and the United States. Today, joining Foggy Point for a halibut expedition off Prince Rupert could well become the best fishing story of your life!

With their flat, diamond-shaped bodies, halibut are the largest of the flatfishes, with the upper (right) surface of the body brown-speckled, matching the sea bottom, and the underside (left), creamy white to blend in with the sky if viewed from below – hidden from both prey and predator. Both eyes are on the same side of the head. They have large mouths, with cone-shaped teeth, and a broad tail. Halibut live on sandy or rocky bottom, 50 to 300 feet beneath the surface.

The females, which carry millions of eggs, are larger than the males – anything over 71 kg (152 lbs) will be female – many anglers chose to release the larger females and keep smaller males (which have a better flavour). The average halibut is 20-40 pounds, with anything under 20 pounds being known as a “chicken,” and everything over 100 pounds being known as a “barn door.”

Halibut yield four filets of firm, snow-white, flaky meat with a delicate, sweet flavour, and sweet-flavoured cheeks that are considered a delicacy.

Halibut have a fascinating life cycle. They grow slowly, and have a long life. In fact, they have a button-sized, calcified deposit in their head called an Otolith, or “ear bone,” which forms an annual growth ring that means the age of the fish can be determined by counting rings. Halibut larvae begin life in an upright position like any other fish, but at about one inch the left eye migrates over to the right side of the head, the coloration on the left side of the body fades, and the fish settles to the bottom.

Halibut like to eat octopus, squid, rockfish and herring, but eat almost any animal they can get in their mouth. Most stay on the same grounds, shallow feeding grounds in summer and deeper spawning grounds in winter.

If you join Foggy Point for a halibut fishing charter, prepare for a fight! The trick is to lower your jig or bait to the bottom, reel up a couple of turns, raise the rod tip a few feet and drop it again. Rest and repeat until the rod shows a tap-tap and then pressure. You have a strike, and you set the hook fast and hard. They are incredibly strong swimmers, and offer the angler a real workout and aching arms. And you want to subdue it outside the boat, because the fight might not be quite over! 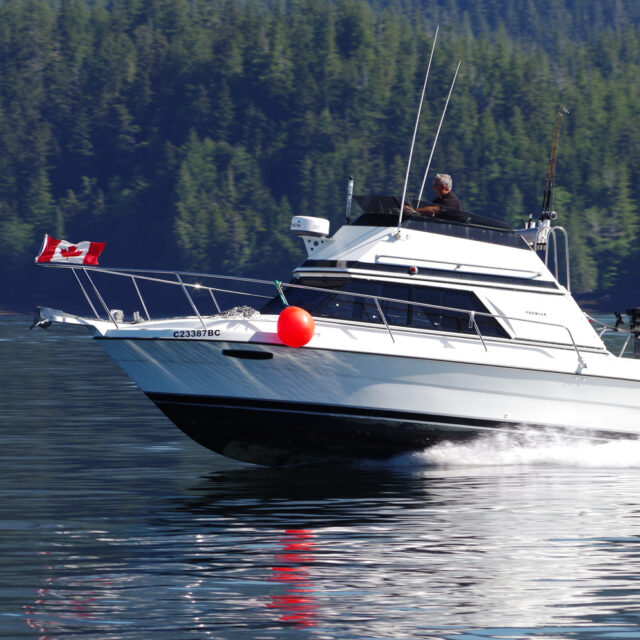 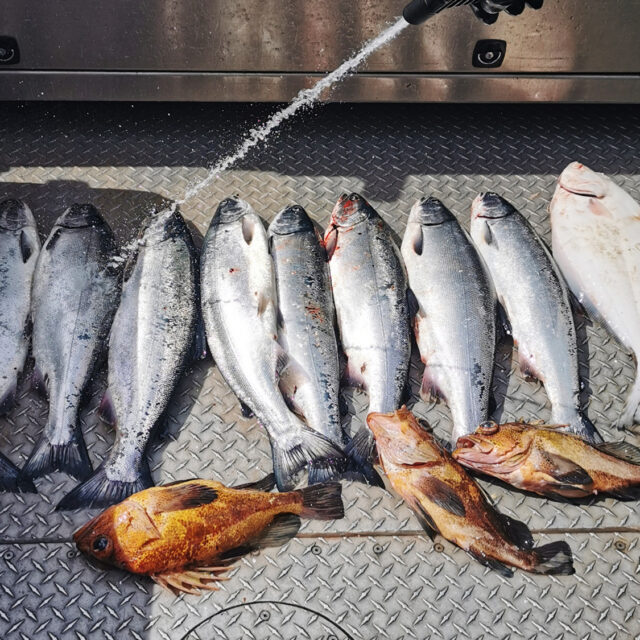 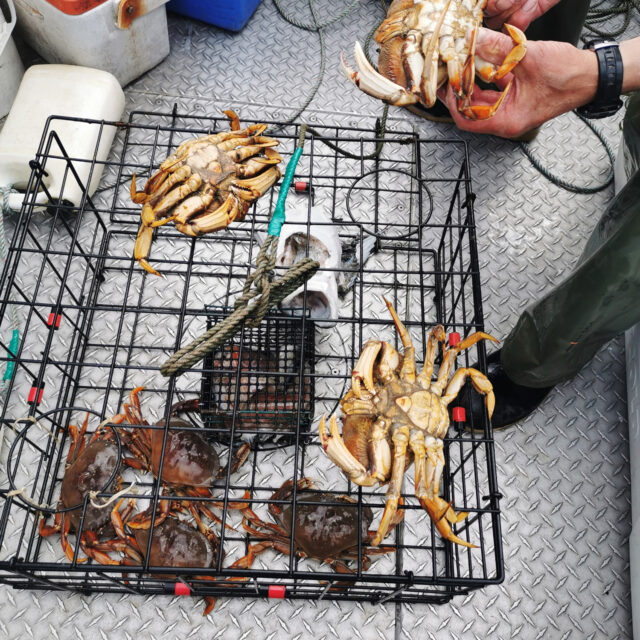 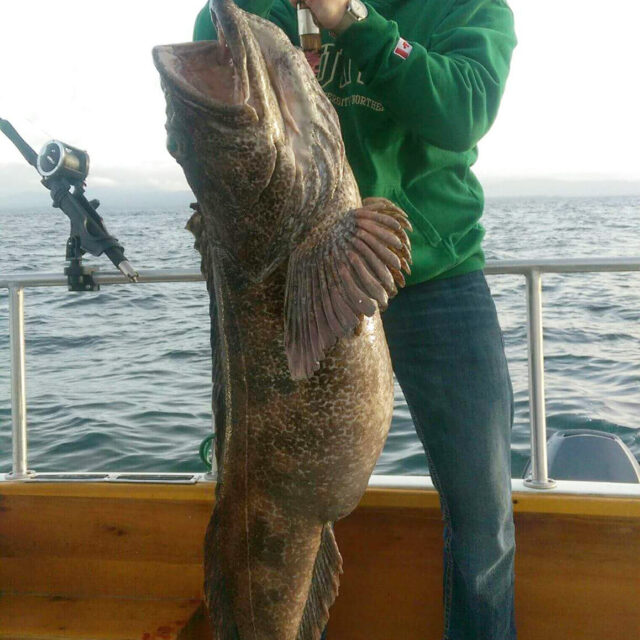